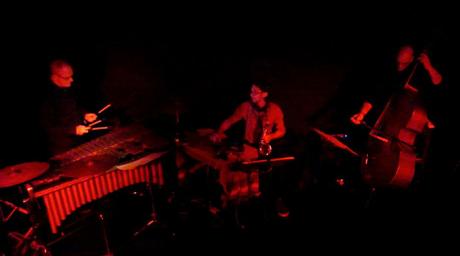 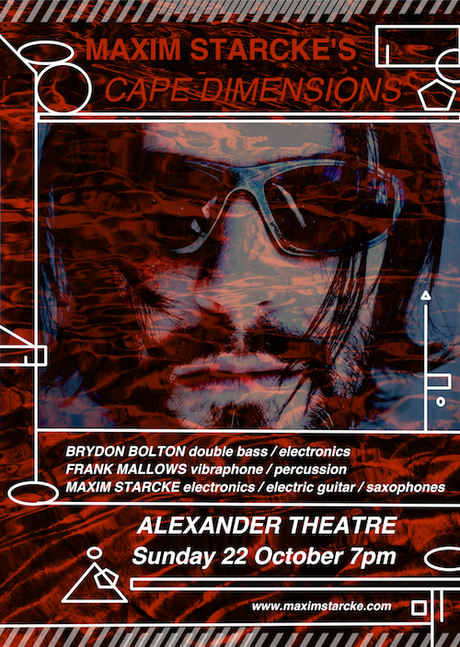 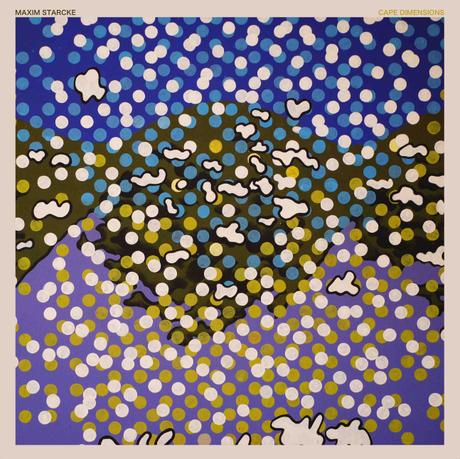 “…Her set was a study in focused emotional dissection, her voice as clear and pure as mountain rainwater.”
Christopher Loudon, Jazz Times

“Lisa Bauer’s music is full of joy. It is also full of soulfulness and sorrow, but her voice is packed with such delicacy that even woe sings like a plucked string… Understated yet urgent, her vocals are spangled with the improvisational essence of jazz, the heartfelt essence of the blues and gospel and mystical riffs.”
Myles Keylock, Mail & Guardian

Inspired by her connection to the moon cycles, the divine feminine, new life and the power of vocalisation, the performance will feature her composition Moon Suite - live for the first time in its entirety. The set will also include tunes by some of Bauer’s favourite, unique American jazz artists. She will be joined by rising jazz guitarist on the Cape Town music scene Keenan Chas Ahrends and multi-instrumentalist and sound artist Maxim Starcke on electric bass. 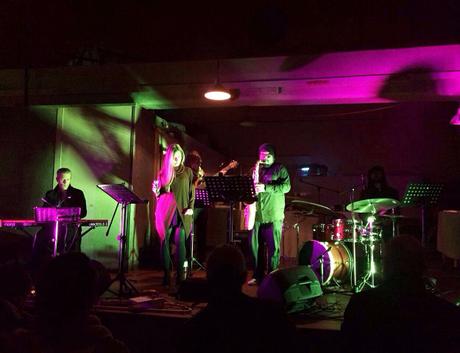 An audio extension of the film installation screened at the Karoo Disclosure exhibitions and several other art events, this album was recorded and produced by Maxim Starcke. Lisa Bauer composed and performed the melodic themes with Starcke arranging and digitally creating the soundscape.

All sounds were recorded on-site at Doornberg Farm near Nieu-Bethesda in the Karoo.

The album incorporates Bauer’s voice, violin, scrap metal- and found-object percussion with Starcke’s field-recordings of the natural soundscape of the area. It also features the voice of Deborah Weber, personifying the Diviner character in opposition to Bauer’s violin representing the alien and gold-ornamented Prospector - the duality of industrialism vs nature conservation, the struggle against environmental destruction and other aspects in the exhibition’s narrative.

Karoo Disclosure multi-media exhibition and video art recently exhibited at the Oliewenhuis Art Museum, Bloemfontein (see poster below for details) | Karoo Disclosure: Soundscapes / Volume 1 (by Maxim Starcke and Lisa Bauer) was launched on 6 April at the exhibition opening with a launch performance and workshop/talks.

Karoo Disclosure is a collaborative art project, video installation and exhibition that investigates the highly contentious issue of fracking in the Karoo region of South Africa.

Set in the semi-desert Karoo region of South Africa, the project looks at the effects of shale gas exploration (fracking) on land, people and the environment through the use of performance, photography, costume, sound and video.

The collaborating South African artists and specialists are:


Shapeshifter is the title of Maxim Starcke and Ronan Skillen’s second recording project, a follow up from their 2013 album Forgery which was recorded live at The Forge in Kalk Bay. In concert, they are joined by filmmaker Tom Glenn who adds atmospheric visual projections to an immersive and musically-exploratory sound experience. With influences from several genres of music across the globe, Shapeshifter can loosely be described as avant-garde ambient music with elements of experimental jazz set within a soundscape composition and minimalist cartography.

Inspired by the mystique of the nature and mythology of the Cape, especially that of parts of the Southern Peninsula, Shapeshifter - through sound and visuals - explores some of the ineffable, magical and otherworldly facets of this unique and majestic landscape.

shapeshifter
ˈʃeɪpˌʃɪftə/
noun: shapeshifter
1 (chiefly in science fiction or mythology) a person or being with the ability to change their physical form at will. 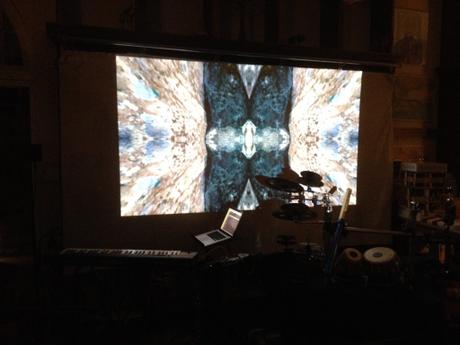 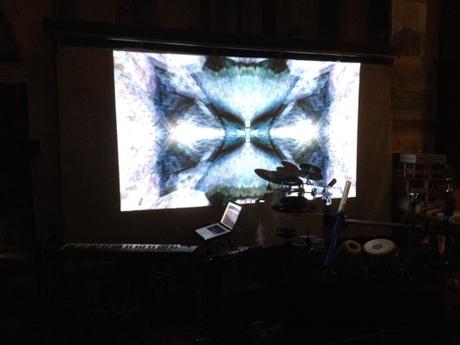 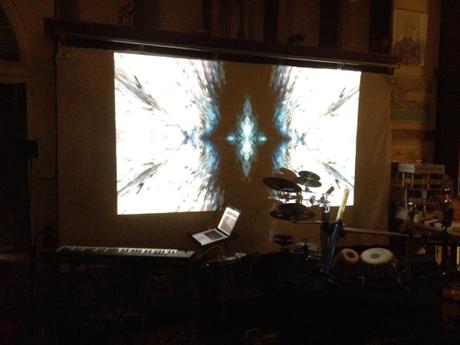 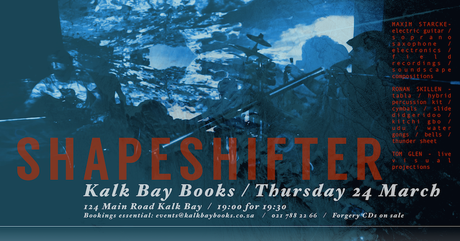 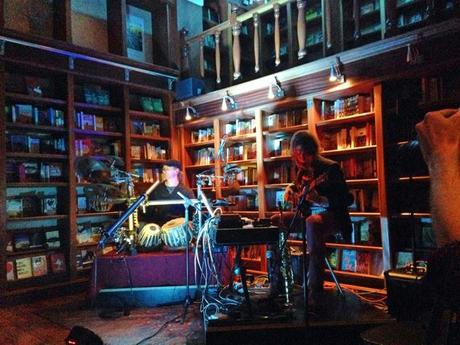 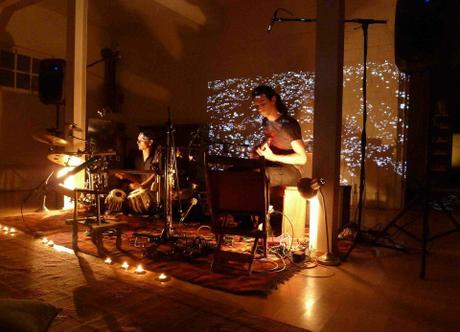 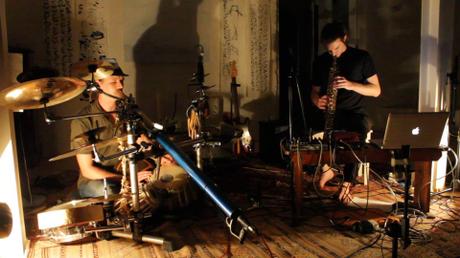 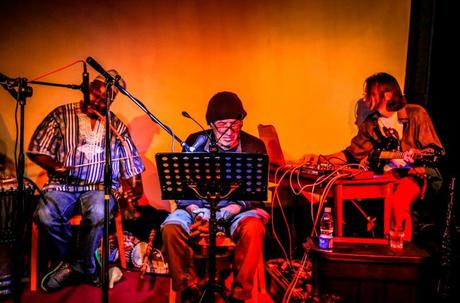 “Fusing poetry, world music, electro-acoustic soundscapes and jazz, Souls of Ancient Fish offers a mystical journey that’s hypnotic, haunting and sublime. A collaboration between the poet Ruben Mowszowski, traditional music artist and cultural historian Dizu Plaatjies and soprano saxophonist and electronic musician Maxim Starcke, it forms a lush current, a confluence of leaping vocabularies that celebrate the fluid and rich possibilities of words and sounds. Tempered by love and loss and infused with the musicality of the oral tradition and ritual, the group’s incantations are a poetic and spiritual atlas of new imaginative territories.” - Mail & Guardian (This Week’s top 10)

“A remarkable interdisciplinary meditation.” - Peter Merrington (author of Zebra Crossings: Tales from the Shaman’s Record and The Zombie and the Moon)

“All of these feel like incantations or rituals, exorcisms even, and they work because their context and purpose remain partially mysterious. It means that they can be, maybe should be heard repeatedly. I’ll definitely make the next reading.” - Jacques Coetzee 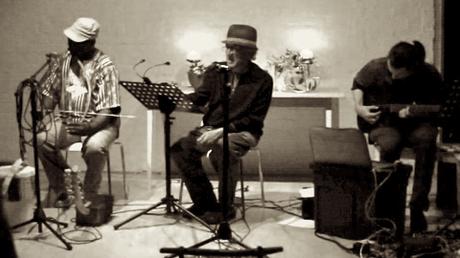